Our Company began with an individual immigrating to America in search of a better life.  Stojan (later “Americanized” to Steve) Rados immigrated to America from his native Herzegovina (Yugoslavia) in 1910 at the age of seventeen.  He spent his first ten years in America working at a variety of jobs, including washing dishes in restaurants and two years working in a copper mine in Jerome, Arizona.  The two years he spent as a miner were critical to his future for by working extraordinary hours he was able to save $5,000, a considerable sum at the time.

With that money in hand, Steve moved to Los Angeles and entered the construction business.  In 1920, Steve began doing residential sewer connections with three friends from the old country, Tom Gogo, Simo Chuk, and Dushan Milosevich.  This venture was reasonably successful and made some money.  Steve and Tom Gogo wanted to invest that money in a crane but Simo and Dushan were not interested.  So Steve and Tom bought out their interests.

Gogo-Rados was started in 1922.  This small company focused on underground work and gradually acquired a reputation for expertise in such work, especially after a particularly profitable project in Culver City in 1927.  During the Depression, the company worked on public work projects.  In 1930, for example, the City of Phoenix, Arizona installed its first storm drain and awarded the contract to Gogo-Rados. 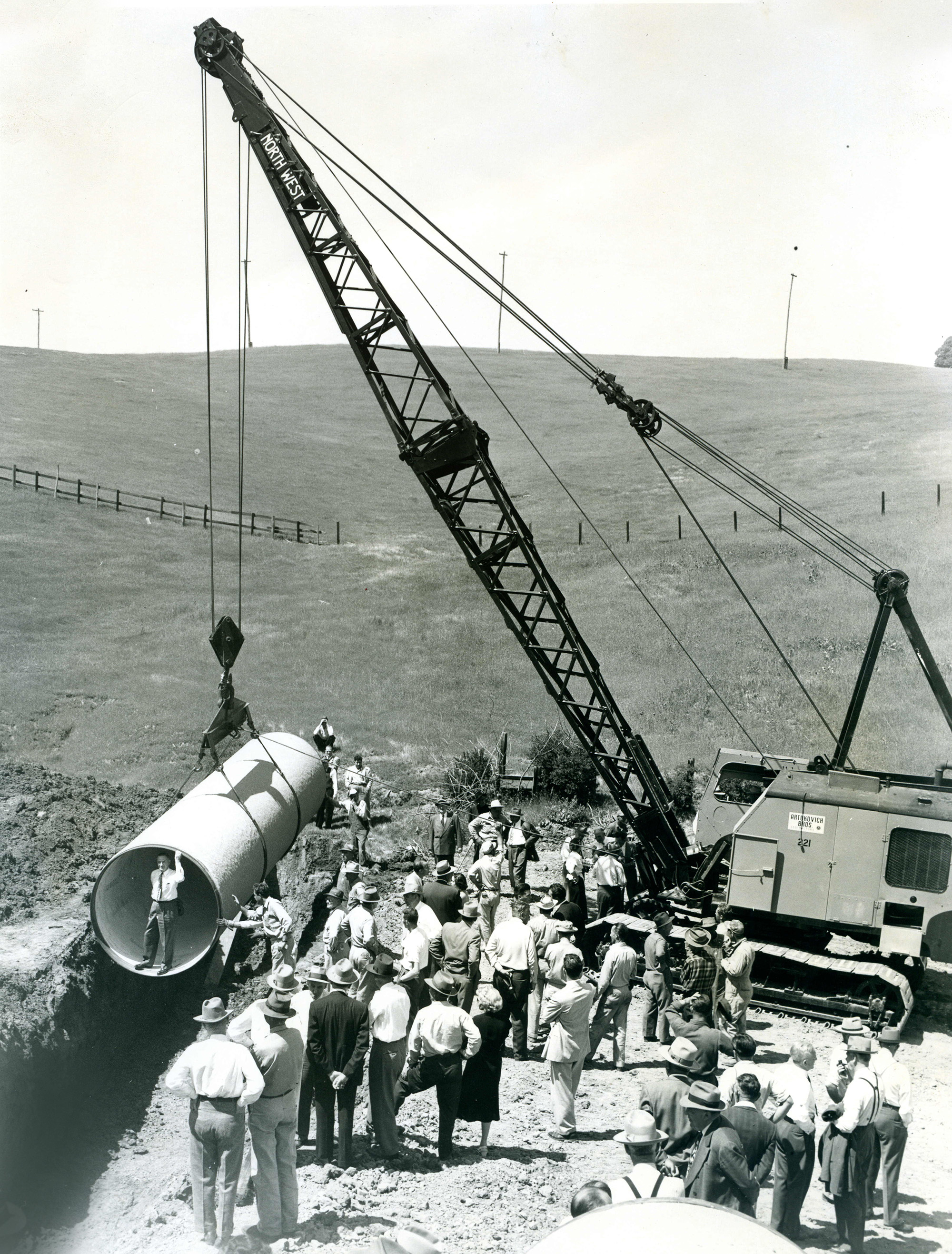 While the company did relatively well during the economic trials and tribulations of the 1930’s, the partners also experienced some real challenges. In 1938, Steve and Tom were building a spillway in San Gabriel Canyon during one of Southern California’s major storms. Water in the dam went over the unfinished spillway. Due to the resulting damage, the company lost almost everything; but Steve and Tom continued to work with the intent of overcoming this setback. Steve and Tom’s venture lasted until the early 1940’s. After the partners separated, Steve continued on his own, formally incorporating the firm in 1948.

Steve became very ill toward the end of his life. At the time (1953), Steve’s oldest son Alexander S. Rados, “Alex”, had completed his MBA at Stanford and had just completed two years in the Army. He was on the verge of accepting a job in New York when his mother called to tell him that his father was very sick. She told him “we need you”. Alex came back to California from the East Coast to work for his father’s company. In 1957, Steve P. Rados passed; and the presidency and leadership of the company was assumed by Alex.

During the 1960’s, Steve P. Rados’ two younger sons joined the company. Immediately after graduating from Stanford in 1961, Walter S. Rados, “Wally,” went to work for the company on a $5,500,000 Los Angeles County Flood Control Project. At that time, it was the largest contract awarded to the company. Stephen S. Rados, “Steve,” graduated from the University of Southern California in 1969 and shortly after joined his two brothers in the business.

In the early 1960’s, the Company’s market expanded through a joint venture with Pentaco Inc., known as Pentaco-Rados, mainly focused on highway and bridge construction. A second corporation, Novo, was formed in the early 1970’s to facilitate activity in highway construction. Novo and Steve P. Rados, Inc. stayed very busy through the 1970’s and 1980’s building infrastructure projects. Novo was subsequently merged into Steve P. Rados, Inc. in the late 1980’s.

Upon Alex retirement in August of 2000, Wally and Steve S. became Co-Presidents of the Company. Wally is responsible for the Heavy Engineering Division while Steve heads the Transportation Division.

In 2000, the company started a Northern California division. Through the hard work of the Northern California staff, we have developed a strong team well positioned to take advantage of the construction opportunities in the northern part of the state.

Steve P. Rados has expanded gradually and steadily both in size and type of construction performed since our founding. Today, the Company has construction work under contract utilizing the most modern equipment and techniques available to the industry.